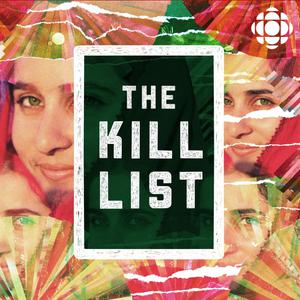 When human rights activist Karima Baloch is found drowned off the shores of Toronto, an investigation into her mysterious death leads all the way back to Pakistan, the country she had recently fled. In this six-part series, host Mary Lynk explores the rampant abductions and killings of dissidents in Pakistan, the dangers that follow those who flee to the West, and a terrifying intelligence agency with tentacles around the globe. How did Karima die? And would Pakistan really carry out an assassination far beyond its borders? This is a story that a powerful state doesn’t want you to know. Early access to the The Kill List will be available to Canadian audiences via CBC Listen. For listeners outside of Canada, episodes will be available early and ad-free when you subscribe to the CBC True Crime Premium channel on Apple Podcasts.

About The Kill List
Links
Listeners Also Subscribed To