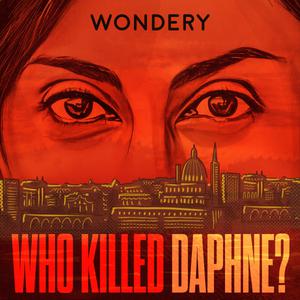 When a car bomb kills Daphne Caruana Galizia on the beautiful Mediterranean island of Malta, the hunt for her killers exposes secrets with consequences that go far beyond its shores. In the aftermath of her death an international team of journalists comes together to continue her work. Along the way they start to uncover clues that might lead to her killers. From Wondery, comes a new story about power, corruption and one woman’s fight for the truth. Hosted by investigative reporter Stephen Grey.

About Who Killed Daphne?
Links
Listeners Also Subscribed To