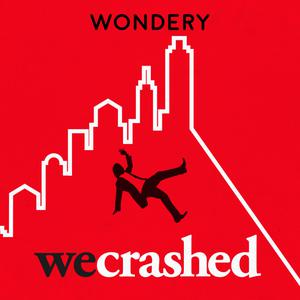 WeCrashed: The Rise and Fall of WeWork

<p>The founders of WeWork thought they were on the brink of making history. The company was valued at $47 billion dollars, it was ready for a huge IPO, and its charismatic CEO Adam Neumann thought they were going to change the world. Adam had a prophet-like vision for WeWork that he sold to some of the world’s savviest investors -- but did his vision ever match the company's reality? </p><p>Hosted by David Brown of the hit podcast Business Wars (and former host of NPR's Marketplace), WeCrashed is a six-part series about the rise and fall of WeWork. It’s a story of hope and hubris, big money and bigger screwups, and the lengths people will go to chase “unicorns.”</p><p><br /></p><p><br /></p>

About WeCrashed: The Rise and Fall of WeWork
Links
Listeners Also Subscribed To